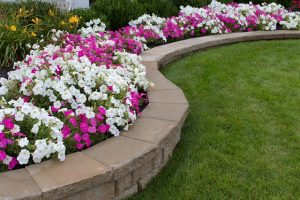 Bonsai, as a Japanese art form, is more regulated than it’s Chinese counterpart, the penjing. Bonsai attempts to achieve the ideal tree, while penjing attempts to reproduce nature. This is why perfect styling exists in bonsai if you obey the ‘rules’, while penjing leave you free to your creation. As a result these are the basic styles :

A very harmonious style, this form has branches that develop at a certain height, forming an upside broom. This styling is mainly achieved through a technique called the “V” cut. The trunk is chopped where you want the branch to start to develop and then a deep V cut is performed on the remaining trunk. This will induce buds to break near the cut. Zelkova serrata is notorious for this styling but maple and other deciduous species can easily be styled that way.

A tree styled the “chokkan” way has a straight trunk tapering graciously from bottom to top. The first and biggest branch is often situated at 1/3 of the desired height of the tree and is on the right or the left. The following branch is situated on the opposite side, while the third is in the back creating the perception of depth. As we look at the branch structure from bottom to top, the branches are getting thinner, creating a pyramidal shape.

This style is very similar to the previously mentioned style as the same rules of design apply, however, the trunk is not straight but rather forms a sinuous shape while remaining tapered. This style is commonly used with conifers.

Once again, this style is the same as the formal upright except that the trunk is leaning on one side. Branches are grown uniformly on the trunk like the formal/informal upright styles but the apex is tilted to the opposite side of the trunk giving a visual balanced effect.

This styling requires an inclined trunk that is preferably at a 45-degree angle. The major portion of the foliage is below the pot line and sometimes goes beyond the pot itself. It often represents a tree growing on the side of the cliff. A deep pot is used for this style.

Similar to the Kengai style, this style also has an inclined trunk. However, the foliage remains at the height of the pot line. In nature, we can see this style near a waterway, the foliage has grown on the side and leaning towards the water. While the cascade style uses a deeper pot, this style uses a medium-depth pot.

A “windswept” tree represents a tree that has been growing in a certain shape due to natural elements. Often caused by a strong wind, the trunk is always inclined in a certain direction and all branches have grown on the same side.

This styling is often represented in Japanese paintings. It is a tree with a tall and sinuous trunk. The foliage only grows near the summit of the tree. This styling is somewhat an exception to the rigorous rules of bonsai because it does not have specific rules. It represents what the bunjin movement is in Japan: the search for liberty.

This styling often represents a forest or a small cluster of trees. It is supposed to be styled in a way that will clearly represent the growing habits of trees in a group. Many techniques can be used to achieve this styling and many perception techniques are used to create the illusion of a forest, or as Naka would say, “having the quality of the invisible beauty of nature”. To respect the Japanese art form, an odd number of trees is preferred for this styling.

The same rules of group planting apply to this style. However, all of the trunks emerge from one common trunk. This technique is often achieved with a branch placed vertically in the soil. The roots form this branch and the upper part of the vertical branch develops secondary branches that will eventually become the trunks.

This multi-trunk style has different possibilities. The first, which is called “Sokan”, consists of two trunks emerging from the same visible roots (nebari). The styling of the upper part of the tree must respect the same rules as the formal/informal upright styles previously described. Another variance consists of the same but with three trunks emerging from the visible roots. This is called “Sankan”. You can also have more than three trunks but to respect Japanese bonsai, it is preferred to have an odd number of trunks.

This styling has the specific characteristics of having many visible roots growing over a rock and finding their way to the pot/soil.